In case you missed it, or don’t give a shit, the United States Senate recently invoked the so-called Nuclear Option in an effort to thwart the recent trend of filibuster-abuse. According to Senate Majority Leader Harry Reid, almost half of all judicial nomination filibusters in the history of the United States government has been under the Obama administration.

The gist of the nuclear option is the majority party changing the Senate rules; in this case, it is filibuster reform. A filibuster allows someone in the minority party to slow down a bill’s progress and require 60 votes in the Senate for cloture, which is the method of ending a Filibuster. However, in our current divided government, and the razor thin Democrat majority in the Senate, getting 60 votes is a very difficult thing to do. Essentially, this allows the minority party to have a large influence on legislation. Historically, the filibuster was respected and most Senators were far too classy to abuse it in the ways it has been in the last decade. Not to mention, the nuclear option itself has been mostly off the table until now. But things change and now the majority party, the Democrats, have removed the option to filibuster judicial nominees, with the exception of Supreme Court nominations. 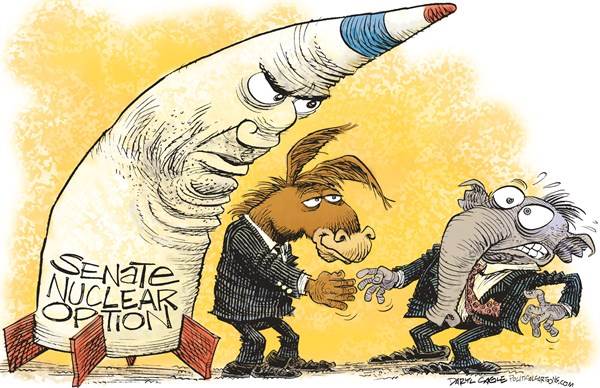 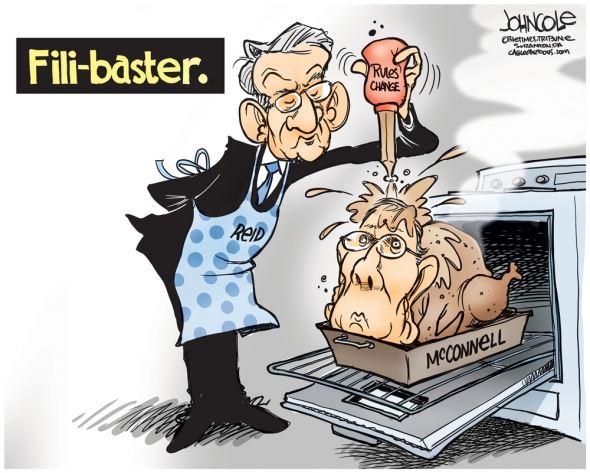 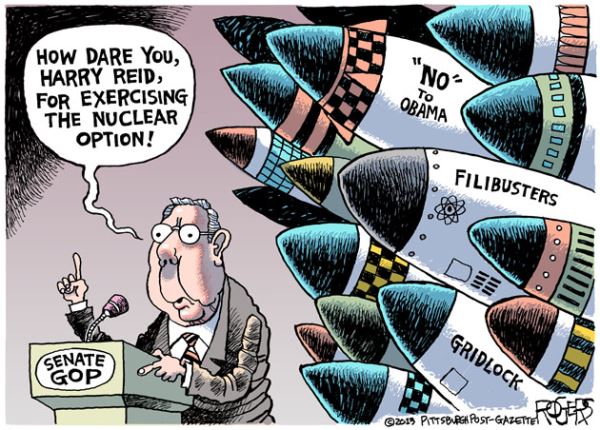 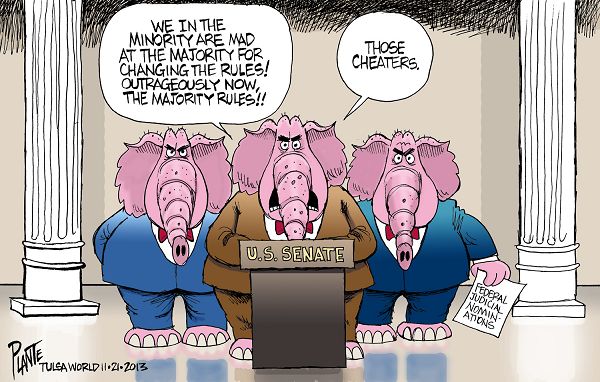 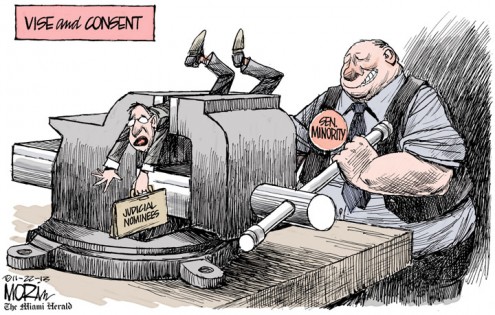 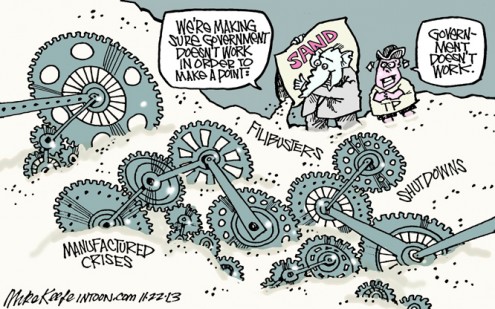 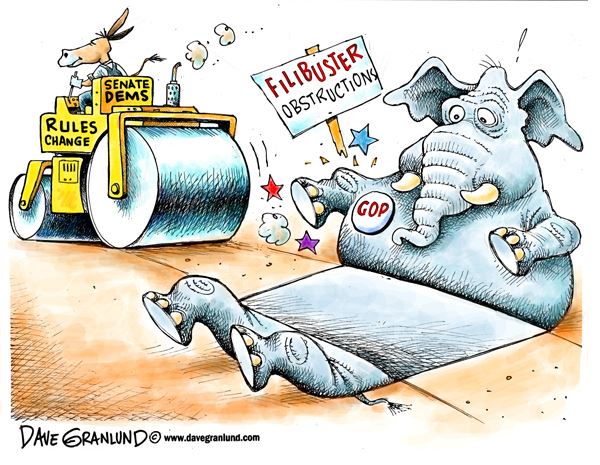 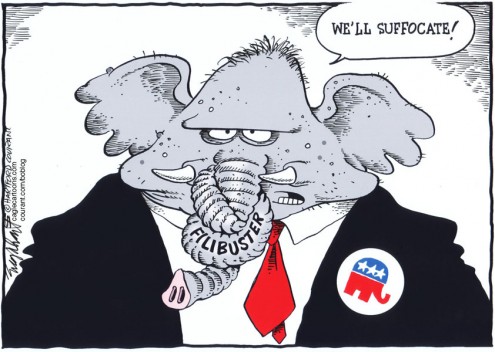 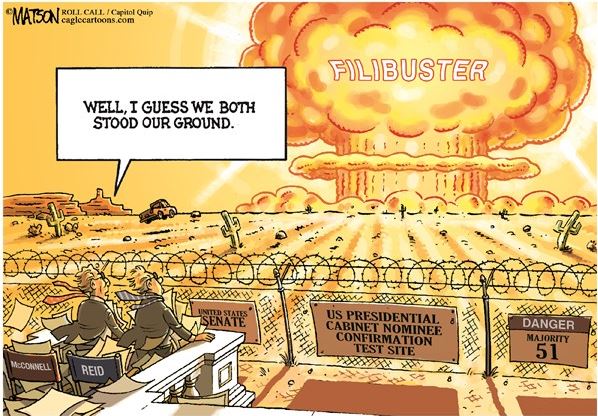 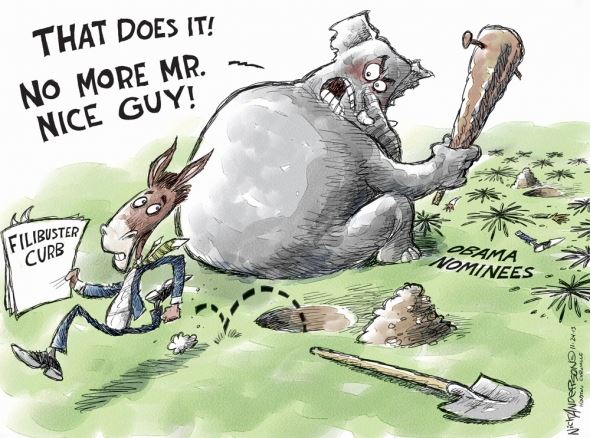