The 2013 gun control debate in America, with the Sandy Hook Elementary shooting acting as a catalyst, is burning hot this year. States are hastily preparing gun control legislation in response. Meanwhile, more and more shootings are making the national headlines. President Obama has even released his own gun control plan on the White House website.

Here is a collection of cartoons about the 2013 gun control debate from various artists. Most are left-leaning with a few anti-control ones mixed in for good measure. Enjoy. 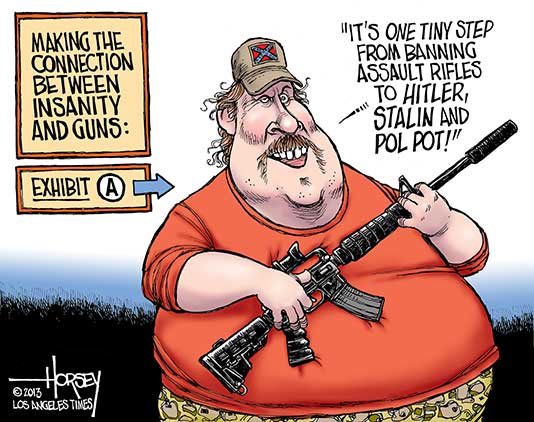 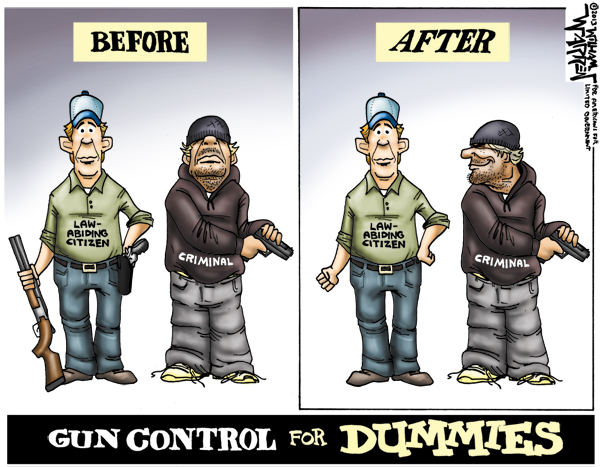 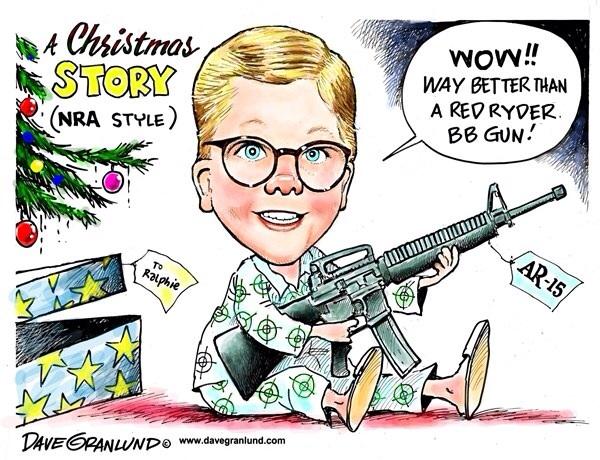 You’ll shoot your eye out!! 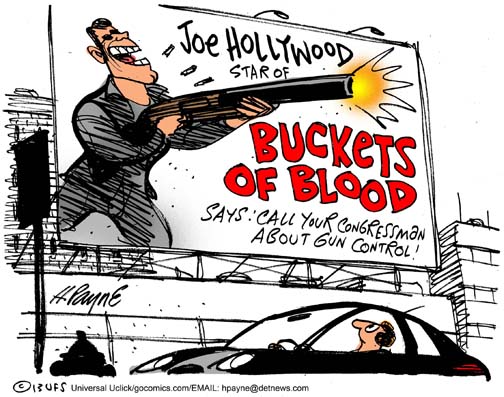 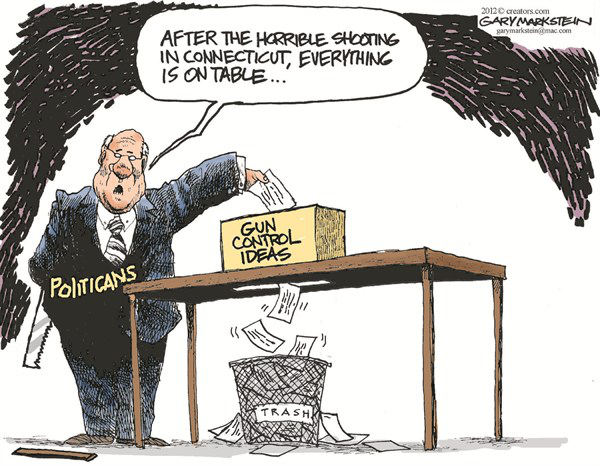 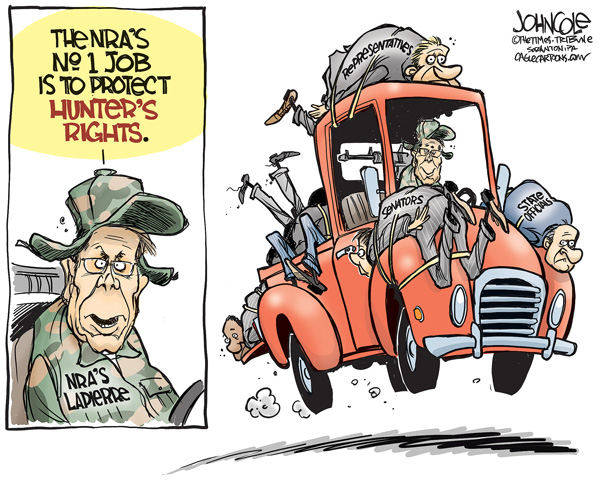 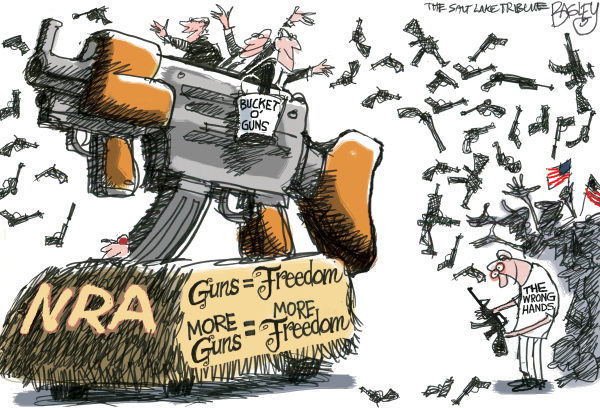 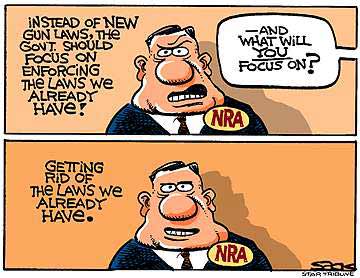 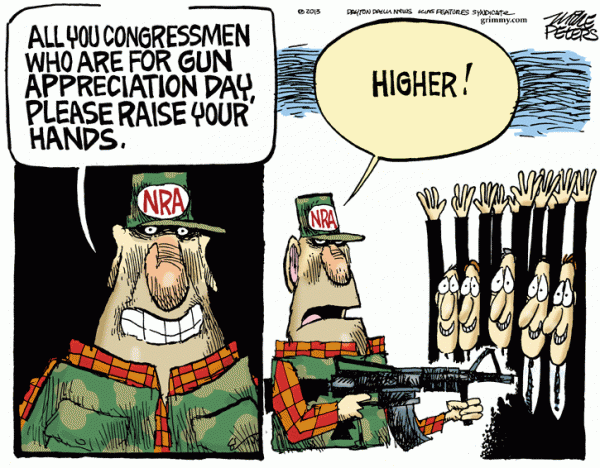 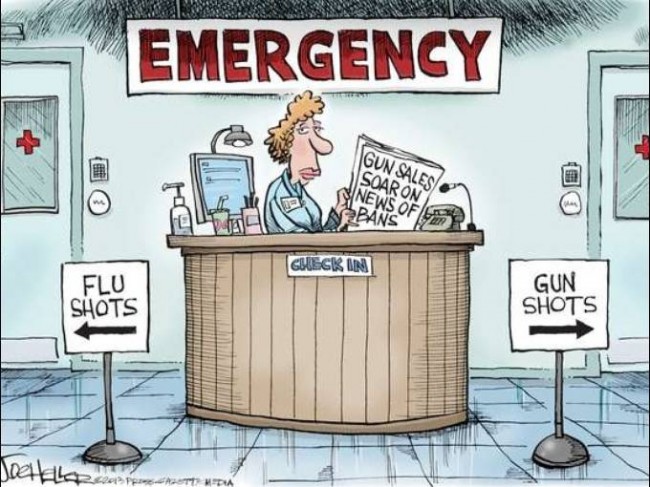 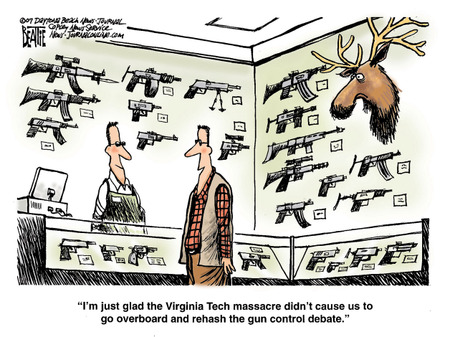