In case you missed it during all the coverage of the second presidential debate, Paul Ryan was called out by a soup kitchen manager for staging a fake photo-op there. Last night, Jon Stewart took the opportunity to rip into the ripped Ryan for this cheap act.

“Do you know how hard it is to make working at a homeless shelter a bad thing?” – Jon Stewart 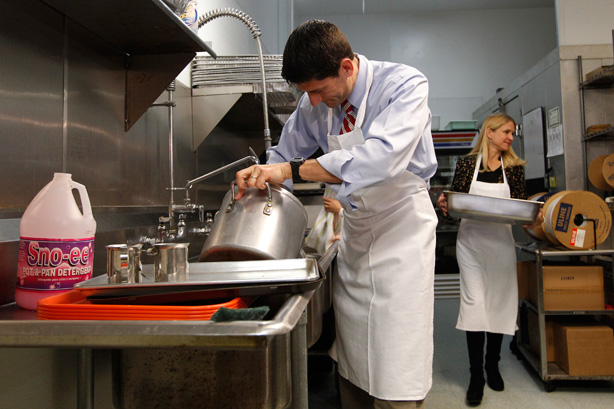