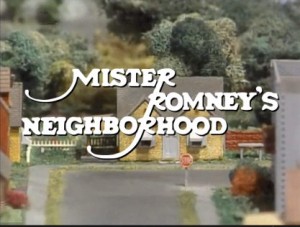 I would totally watch this show.

Mitt Romney’s controversial comments on wanting to kill Big Bird and PBS have led to a torrent of mockery from political comedians. Even serious pundits have noted the extremely minuscule impact these cuts would have on the deficit as a whole, and also the fact that this is one of the few specific cuts he has even mentioned.

In this clip, Jimmy Fallon plays Mitt Romney in a spoof of Mr. Rogers’ Neighborhood.