‘Where did I leave that book of stamps?‘ This could be a question one might pose to themselves before setting out to write a distant relative, or old friend. Where did those book of stamps end up though? For most people they ended up staying in the 90s, or perhaps early 2000s for those who were a tad late to the internet revolution. Because one could even file their taxes these days, and have them sent to the IRS without leaving their house, or getting dressed. This question has since been replaced with ‘Where did I leave my laptop?’, or for the poor college student perhaps ‘Did I pay the internet bill?’. For these minor obstacles are all that stand in the way of someone reaching out and connecting across the country with someone they know, or maybe even someone they have never met. These are the possibilities afforded to us by today’s internet technology. 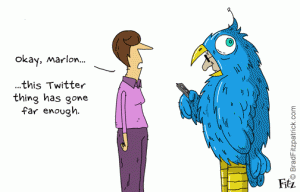 But this technology has continued to evolve since its inception into a massive communication medium with millions of conversations occurring at any given time. The internet is another outlet for one to socialize with those they know, and hopefully meet new people. Social Media web sites, such as Twitter or Facebook, have huge user-bases that span all across the globe. Conversations are now no longer just in person, or even over a telephone. They are now occurring at a much larger scale with unlimited participants. New ideas are being shared rapidly amongst the world’s human population, often transcending language barriers. In the last couple of decades the world has experienced a revolution in communication. Social media has harnessed a medium called Web 2.0, which encourages user made content creation and sharing. This has drastically changed communication across the globe, making it more efficient and productive. 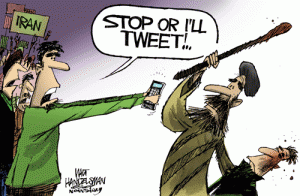 Social Media as a weapon in the Arab Spring protests

Imagine the exposure to culture taking place in the world’s population. A citizen of a small distant country with internet access can see and experience how someone else lives in another country they would not likely visit, or even meet a resident of. This exposure to new ideas not found locally promotes toleration and understanding. It can remind one of how we all share the world and that there are many other people living outside of their own country’s borders. For someone who is living in a new country that is not their own, it is a medium that can also provide a glimpse of their home and allow for a cheap line of communication between their relatives and themselves

Many have pointed out that this explosion in social media popularity has come at the expense of one’s privacy. The more information your accounts on these sites contain, the easier it is for someone who wishes harm against you to obtain it, and use it for ill intentions. This concept has been discussed heavily in the media in recent years as it applies to more and more people, as the internet continues to expand. But many of these claims are specific to a certain site such as Facebook, or in some cases are only applicable to users who are not aware, and proactive in protecting their information. Many of these concerns are valid, however, the overall impact of social media on human communication far exceeds these possible exploits. Many social media sites have strict policies in place to protect user data, and helps inform users with tips on how they can also help protect it.

Another concern with this internet communication phenomenon is the anonymity involved. It is eerie that one could be in constant communication with another person across the globe in which they know little about. Unless one is utilizing video technology they likely are clueless as to the physical features of their new found friend. Physical appearance allows us to judge and gauge people’s personalities, and actions which we then predict based on past experiences. But is this really a bad thing? Is it terrible that I can meet someone and talk to them without being able to look at them and perhaps incorrectly judge them on appearance? While that is convenient at times, these judgments tend to be biased and inaccurate with many people.

One thing about this revolution is that one’s participation is not needed for its survival. As its current growth rate, the internet and its social media offerings are not going anywhere. While some may choose to continue to ignore these trends, many of the reluctant are finding themselves giving it a try. More and more people are joining these sites every day. Social media is now impacting world events, such as the revolts of the Iranian youth following an election many, including some U.S. officials, felt was unfairly carried out, and did not accurately reflect the will of the people. These changes are here to stay, and as a whole are changing humanity for the better. The world will never be the place it once was before the evolution of the internet into a giant chat room shared amongst the world. Overall, it’s implications are positive for society, which is, as always, in constant demand of information and communication.