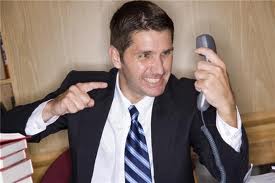 As the media broadcasts moving images of the Occupy Protests, each side exchanges statements saying ‘hooray for our side’; it is easy to forget the negative externalities of this massive movement.  We’re talking about Tanner McCormick.  He’s just an average, everyday, run-of-the-mill trust fund child trying to make it happen at his father’s investment firm.  Trying to work his way to the top, riding the crazy train of nepotism.

But when Tanner just wants to get away from it all…from the booze, limos, Oranginas, meaningless sex…and just escape, he calls his dealer for some sweet Mary Jane.  But his usual guy, typically dependable, isn’t at home playing Xbox in his hemp pullover.  He’s on Wall Street changing the world.  In his hemp pullover.

“At first I thought, ‘Oh cool, he’s closer to my office now.’  But when I approached him he just spit on my freshly dry-cleaned suit and called me a fascist pig.  I know he thinks I’m just a square.  One time, he asked me if I ‘enjoyed Phish’. Naturally I said, ‘only if it’s blackened with a hint of lemon juice.’  He just laughed but I guess people like him prefer their food fried in trans fat.  Now he doesn’t return my calls.”

Tanner expressed his appreciation for the protesters’ efforts, but admitted his knowledge of politics is very limited.

“I mean, I put my Yves Saint Laurent pants on one leg at a time. Of course, I have to or I’ll damage the wool voile.  I don’t even vote.  I mean, I voted for Ron Paul once.  But it was just to piss off my father.”

For now, he’ll just have to get his kicks from cocktails and one night stands.  It doesn’t look like the Occupy Protests will be dying down anytime soon.